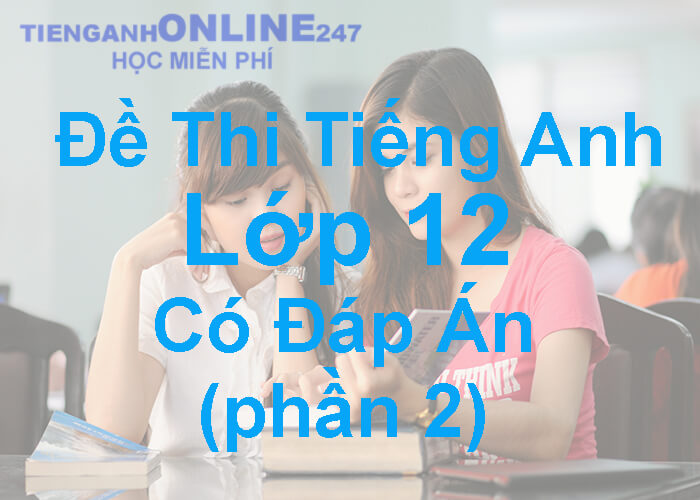 Choose the best answer to complete the blank in each of the following sentences.

6.In Vietnam, application forms for the National Entrance Examinations must be __________before the

7.Points will be added to the Entrance Examination scores for those who hold an excellent high

11.Remember to bring with you your school certificate and letters of __________from your teachers or

your previous employers when you come to the interview.

14.At the end of this month, scientists at the institute will conduct their AIDS research, the results of

A.written B. writing C. which wrote D. that written

A.whomever B. whoever C. whom D. who

19.These new laws have laid legal grounds for __________inefficient co-operatives.

better life for our people.

A.While B. Although C. Whereas D. However

A.Whereas B. However C. Even though D. Nevertheless

A.though B. whereas C. despite D. in spite of

C.Despite D. In spite of

A.was preparing B. had been prepared C. was being prepared D. was prepared

A.I have started working here since 2000.

C.I have started working here since 2000.

A.however B. despite C. owing to D. although

36.He spoke confidently and that impressed me.

A.The thing which impressed me was the confident way he spoke.

B.He spoke confidently, which impressed me.

C.The confident way in which he spoke impressed me.

A.to see B. to have seen C. having been seen D. having seen

Bài 3: Choose the word or phrase ( A, B, C or D ) that best fits the blank space in the following passage.

When you first apply for a job, you (41) ______not succeed in getting it. It’s always a good (42)______to ask them to explain to you what prevented from beating the other candidates. Don’t complain about the situation, but ask them to advise you (43)______what you can do better next time.

Perhaps the interviewer disapproved of or disagreed with something you said. Perhaps they just glanced at your application and saw something that made it easy to choose between you and another candidate.

Don’t regard it as a failure, but recognize it as a chance to learn more. (44)______you don’t worry too much about it and continue to believe in yourself, you’ll (45)______find the chance you’ve been waiting for. Then, your family and friends will be able to congratulate you on your success!

Bài 4: Read the passage below and choose the best answer ( A, B, C or D ) to each question.

Tertiary education is normally taken to include undergraduate and postgraduate education, as well as vocational education and training. Colleges and universities are the main institutions that provide tertiary institutions. Tertiary education generally results in the receipt of certificates, diplomas, or academic degrees.

It is therefore very important to national economies, both as a significant industry in its own right, and as a source of trained and educated personnel for the rest of the economy.

46.What is ‘tertiary education’?

47.Where can we find tertiary education?

A.Colleges and high schools B. universities and institutes

D.a level in a scale of how serious something is.

49.How many kinds does higher education have?